People who live and work near the Stadium Shopping Centre are calling it a huge loss for the community after a fire destroyed four shops and restaurants in the northwest strip mall and damaged two others.

“It’s pretty devastating seeing the wreckage…. It hurts after 20 years of being in business,” said David Phui, whose parents owned the Hi-Ball restaurant.

Firefighters are still on scene at the strip mall following Thursday’s massive blaze, battling flare-ups in the debris of the businesses that were bulldozed following the fire. 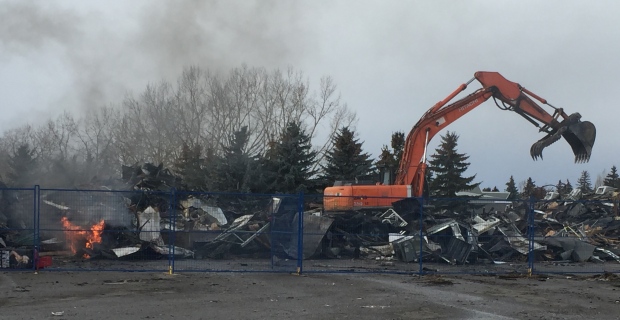